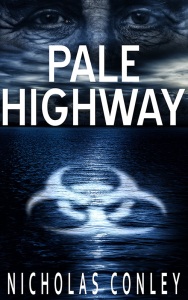 Pale Highway, by Nicholas Conley, is a science fiction novel with touches of mystery, horror, and fantasy. The main character, Gabriel Schist, is a Nobel Prize winning scientist who in his youth invented the cure for AIDS. Now in his seventies, he has Alzheimer’s disease and is living in a nursing home. When one of his nursing home friends catches a virus that leaves the patient in a horrific living-death state, Gabriel realizes that he is the only one who can cure it: But he is in a race against the quickly spreading virus and his own deteriorating mind. Although the main plot focuses on a worldwide plague that threatens humanity, this is not a disaster-centered narrative. This is a story of human survival, of morality, of loyalty, of family, of sacrifice–of doing anything necessary to help those you love.

I enjoyed this novel quite a bit. The science aspect impressed me; it is in-depth and yet understandable for a reader without a great deal of medical training. In his bio, Conley explains that his writing is influenced by his experience working with Alzheimer’s patients in a nursing home. Along with practical experience gained from being part of the medical profession, he “learned about plaques and tangles, the beta-amyloid protein, the possible causes, and all of the statistics” and this knowledge shows up in the novel (Conley, 2015). Moreover, Conley is able to explain it to his readers without it seeming like a lecture on medical science, which is a skill more healthcare providers should develop.

The medical science is a backdrop to the main story, which is a probing character study of Gabriel. Living in the nursing home, the elderly scientist experiences death on a regular basis. Even when his roommate dies, he does not feel sorrow. Gabriel confesses this to an orderly named Victor while they are playing a game of chess:

“Because when the man sleeping two feet away from me dies and I don’t feel any true grief over it, I… there’s something deeply wrong about that. I’ve become desensitized. I can’t bring myself to care about death anymore, and that disturbs me.”

“Well, you do see the painfully slow, gradual process of death every day. Every single day. How can that not have an effect on you? It would have to. A constant process of decay is occurring to everyone in this building, and your extensive medical knowledge makes this even more apparent to you than it is to others. While others see the wrinkles, you know the cause behind the wrinkles.”

The arrival of the Black Virus at the hospital changes Gabriel’s attitude. When he sees one of his fellow residents try to claw out his own eyes, which have turned into two jet black balls, he knows that he has to do something to prevent the spread of the virus. He can find the answer, if he can only focus on the task at hand.

The ability for Gabriel to think in ways readers will understand is difficult at times because of his Alzheimer’s disease. There are elements to the story—like the talking slugs—which could be real in the story world or might simply be his mind’s way of processing the world. Conley does not make it easy for the reader to decide. In his article for Vox he explains that it is easy to dismiss the quirks patients with dementia develop as part of the disease, but are they really that different? People have quirks that they hide from the outside world that others would view as bizarre:

With Alzheimer’s, people lose the ability to hide how weird they really are. It strips away all their social conditioning, all of the masks they wear to protect their inner self from the world. It reveals the core realities of that person: A human being is reduced to his or her basic parts. These eccentricities are inside all of us, just waiting to be revealed if and when we are no longer in control (Conley, 2015).

So the talking slugs, the orderly who may or may not be real, the virus that has somehow developed enough sentience to choose who it will attack . . . these may be simply part of Gabriel’s disease which is eating away his mind and memories or part of something far more fearful and terrifying. 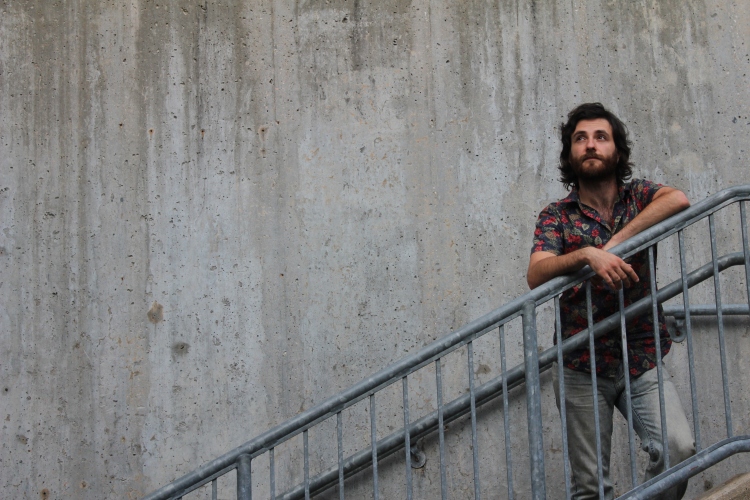