Hunters are a lonely breed, and Conor is no exception, until the day he meets Brenna. Even though she slinks in unannounced and kills the wight he was hunting down, the girl’s a mystery and he can’t get that blinding smile or those gorgeous curves off his mind. Since they’re both after the same caster who’s unleashing these monsters, he suggests teaming up, and despite her initial reluctance, the hungry way she scans him down promises something powerful.

However, her secrets have repercussions, and faster than Conor can lift his Glock, he’s drawn into the web of kidnappings and Unseelie mischief, all concealing the machinations of a darker foe—one that plans to bring Philly to ruin.

Hunting for Spring is a supernatural urban fantasy novel with a touch of mystery and romance thrown in for good measure. I was drawn into the story right from the start. There is a sense of authenticity to the setting of the novel; it is very easy to imagine modern-day Philadelphia in McIntyre’s story world: Since the novel is filled with multiple types of paranormal entities, it is an impressive feat. Like any good urban fantasy, the base of gritty reality mixes in a seamless way with the fantastic elements and creates a place that a reader might feel he/she could visit. Neighborhoods vary and one might encounter run-down, graffiti-filled buildings situated amongst splintered chunks of concrete and garbage and just a few blocks later find well-maintained buildings with brick facades and cafés that advertise their wares on easel chalkboards.

The tension between Connor and his father is established early in the narrative.

The dynamics of the family made me think of Supernatural—particularly in the early seasons where Sam and Dean are searching for their Dad—and The X Files—when the stories had progressed beyond the “monster of the week” and focused on the relationship between Mulder and his family members. The mixture of love, hate, respect, and fear strike a genuine note; parents are flawed and, even with good intentions, may make decisions for their children that cause an equal amount of harm and benefit. Children might love their parents, but not like or approve of their actions. 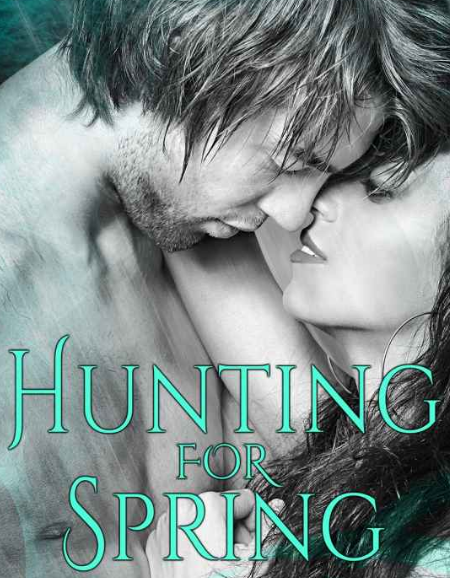 McIntyre brings in many different types of supernatural creatures. However, the variety is important to the narrative. She has thought through the supernatural culture and the interaction of that culture with “normal” society to a great effect. The book would be enjoyable to read simply to explore the story world and the complexities the supernatural elements bring, but it does offer so much more. There is intrigue. There are secret societies and multiple mysteries to explore. There is the potential destruction of Philadelphia to thwart. And to top it off, there is a passionate love affair.

The novel features a romance between Connor and Brenna, and does contain sexually explicit scenes and adult language. The romance is not simply tacked on: it is a necessary part of the story and adds veracity to the characters’ actions. I do not want to reveal too much of the plot; suffice it to say that characters who are in love get involved in situations that they would normally avoid.

Hunting for Spring is a wonderful novel that I highly recommend. Katherine McIntyre creates a complex world with marvelous characters that are so vividly sketched you feel you might know them in real life. And really–who doesn’t secretly want to meet a fae?*