You’re invited to join us in TRR’s Sizzling Summer Reads Party at The Romance Reviews. The party started on June 1 at 12:00am EST, but you can still pop in and play.

To see the Q&A’s just head onward to the event page on the scheduled dates listed above.

YOU need to register and be logged in at TRR before you can play the game. Registration is free and easy.

To see the prize list check it out here. 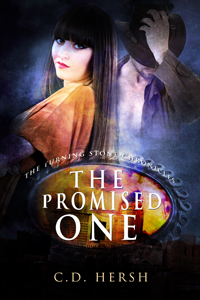 In the wrong hands, the Turning Stone ring is a powerful weapon for evil. So, when homicide detective Alexi Jordan discovers her secret society mentor has been murdered and his magic ring stolen, she is forced to use her shape-shifting powers to catch the killer. By doing so, she risks the two most important things in her life—her badge and the man she loves.

Rhys Temple always knew his fiery cop partner and would-be-girlfriend, Alexi Jordan, had a few secrets. He considers that part of her charm. But when she changes into a man, he doesn’t find that as charming. He’ll keep her secret to keep her safe, but he’s not certain he can keep up a relationship—professional or personal.

Danny Shaw needs cash for the elaborate wedding his fiancée has planned, so he goes on a mugging spree. But when he kills a member of the secret society of Turning Stones, and steals a magic ring that gives him the power to shape shift, Shaw gets more than he bargained for.

EXCERPT
The woman stared at him, blood seeping from the corner of her mouth. “Return the ring, or you’ll be sorry.”

With a short laugh he stood. “Big words for someone bleeding to death.” After dropping the ring into his pocket, he gathered the scattered contents of her purse, and started to leave.

Shaw frowned and spun back toward her. The pounding in his chest increased. On the ground, where the woman had fallen, lay a man.

He wore the same slinky blue dress she had—the seams ripped, the dress top collapsed over hard chest muscles, instead of smoothed over soft, rounded curves. The hem skimmed across a pair of hairy, thick thighs. Muscled male thighs. Spiked heels hung at an odd angle, toes jutting through the shoe straps. The same shoes she’d been wearing.

The alley tipped. Shaw leaned against the dumpster to steady himself. He shook his head to clear the vision, then slowly moved his gaze over the body.

A pair of steel-blue eyes stared out of a chiseled face edged with a trim salt-and-pepper beard. Shaw whirled around scanning the alley.

Where was the woman? And who the hell was this guy? 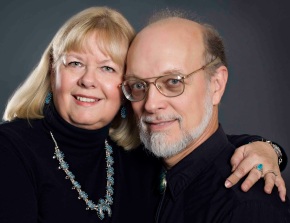 Putting words and stories on paper is second nature to co-authors C.D. Hersh. They’ve written separately since they were teenagers and discovered their unique, collaborative abilities in the mid-90s. As high school sweethearts and husband and wife, Catherine and Donald believe in true love and happily ever after.

The first four books of their paranormal romance series entitled The Turning Stone Chronicles are available on Amazon. They have a short Christmas story, Kissing Santa, in a Christmas anthology titled Sizzle in the Snow: Soul Mate Christmas Collection, with seven other authors. Also a novella, Can’t Stop The Music, with twelve other authors from various genres with a book coming out each month in 2017.

They look forward to many years of co-authoring and book sales, and a lifetime of happily-ever-after endings on the page and in real life.

Learn more about C.D. Hersh on their website and their Amazon Author Page.