Fight Evil Across Three Generations in Citadale: The Legends Trilogy

The trilogy combines the original Wii U release (Citadale: Gate of Souls) with two all-new sequels: Curse of Darkness, where Sonja’s son, Gabriel, takes up the mantle of the Demon Slayer; and Legacy of Fate, in which you’ll face the Dark Lord as Christopher – Sonja’s grandson and heir to the almighty Shadow Blade. 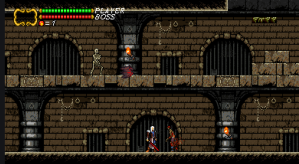 In the beginning…
A Dark Lord plagues the land – and only you can stop him. Play as Sonja Dorleac and bring an end to the forces of darkness by wielding the legendary Shadow Blade. Battle the creatures of the night with swords, axes, shurikens and more – and face off against horrific bosses. If you prove your strength, you can unlock alternate endings for the first two games in the series. A boss rush mode for the original game can also be unlocked if you get the “good” ending in the first game! 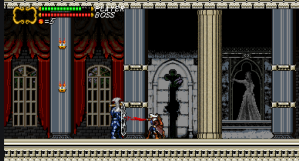 “I have an undying love for NES games. You could say I never grew out of them,” says Ezekiel Rage, lead developer. “Citadale: The Legends Trilogy is my humble attempt at creating a sprawling 8-bit epic in the far future of 2017. With the resurgence of retro gaming, licensed hardware replicas, remakes – and even demakes! – I feel confident that there’s always going to be a place for games like Citadale.”

Review: If you enjoyed older games like Castlevania, you will enjoy this retro style game.  It is only $8.99 on Steam.

It begins with a few paragraphs of story and then the fun begins. You hack and slash enemies to pick up coins, food, soul gems, and other fun in-game items. It’s action packed and a fun diversion.

About Ezekiel Rage
Austrian-based developer Ezekiel Rage began creating games as a hobbyist in 1998. A few years ago, he pursued music projects and video work – and finished his first commercial game. He also developed what he calls the “creation mindset”: a pattern of thinking in visions and emotions while creating art – whether it’s music, games or videos. Launched on the Wii U in November 2016, Citadale: Gate of Souls – Ezekiel Rage’s premier release – consists of the first game in Citadale: The Legends Trilogy. To learn more about Ezekiel Rage, please visit http://www.ezekiel-rage.com.