Rita Monette joins my blog today with some writing advice and an exciting new release. Take it away Rita!

One is the voice of the author: How you write and express yourself, tell their stories. That usually comes natural and develops over time.

Another important voice is that of the characters in your story. Everyone has a unique way of speaking, and giving a strong voice to your characters helps bring them to life.

To some, character voice comes easy, yet others may struggle with it. Here are a few things to remember when deciding on a voice for your character.

And in all of the above, use in moderation. You don’t want to overdo dialects to the point where the reader gets frustrated trying to read it.

Point of View in Using Voice.

An important rule is to know when you should use your character’s voice or your author’s voice.

If you are writing in first person, every word should be in the narrating character’s voice, except those that are in dialog of a different character.

In limited third person narration, the point of view character will usually carry the voice.

In omniscient point of view, the author’s voice will narrate the story except during dialog.

The Character Voice in my Series.

In my middle grade series, The Nikki Landry Swamp Legends, writing in first person, the main character, Nikki, is a young girl growing up in the bayous of Louisiana in the fifties. She lives a simple life, doesn’t care much for school, and would rather be fishing with her Cajun French-speaking papa, or looking for clues to some swamp legend. Proper English is not her strong point. Taking all these things into consideration, I found my way into Nikki’s head.

Her friends on the other hand needed to have unique voices of their own. We can’t have them all speaking the same way. Patti is always prim and proper, and tries hopelessly to keep Nikki on the right track, while Spikes uses language typical of fifties’ teens. Together they are the legend busters and each contribute their own “voice” to every conversation.

Here is an excerpt from the Mystery on Lost Lagoon, which includes examples of their voices:

The August air was steamier than a pot of boiled crawfish. Tiny bugs danced like fairies on the gumbo-colored bayou. Cypress trees on a nearby swamp island dipped their moss-draped branches into the still water, trying to stay cool. I had been sitting in my new tree house for days trying to catch a cool breeze, and pondering on how to turn a plain old fort into an official club house, when I decided what it needed most of all was furniture. My friend Spikes had come over to help me build some. He was pretty good with tools.

“I saw that strange bird again.” Spikes stood beside me with a hammer in his hand.

“What bird?” I asked, busy with trying to arrange some old boards in the shape of a table, just before they collapsed into a heap. “Drats!” I folded my arms in front of me.

“You have to lay them on the floor, Tomboy,” he said. “We need to nail them together first.”

“So you have to build it upside down?” I wiped the sweat off my brow with the back of my hand.

Spikes’ real name was Spencer Sikes, but I’d never heard nobody call him that ’cept for his grandpa. He was twelve years old, a whole year and a half older than me. I couldn’t imagine being almost a teenager. Me and him argued a lot, but we always stayed friends. He told me once he only liked me ’cause I wasn’t like other girls, and could climb trees and didn’t mind getting dirty. He sometimes called me Tomboy instead of my real name, Nikki.

“We need some nails.”

He reached into his pocket and pulled out a handful of bent nails. “I was over at my grandpa’s yesterday. We took a boat ride out to Flat Lake, and I saw it flying around Pelican Pass, see.”

“The bird.” He sounded annoyed. “You know, the one that makes that screeching sound. The same one we saw over in Mossy Swamp.” He sat on the floor and began straightening the nails by laying ’em on their sides and tapping with his hammer.

Behind Every Legend Lies the Truth! 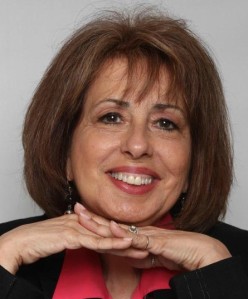 Rita Monette was born and raised in Southwest Louisiana. After retiring from her “real” job as an administrative assistant for the State of Michigan, Rita began doing what she always wanted to do…write and draw. Her stories are set in the beautiful, yet mysterious, bayous and swamps of her home state. The Mystery on Lost Lagoon is the fourth book in her Nikki Landry Swamp Legend series, which is based on her childhood. Rita now lives with her husband, four lap dogs, and one lap cat, in the mountains of Tennessee.