Emma Lane joins me in the virtual kitchen with a refreshing summer beverage that is sure to beat the heat.

Pour tea into a large serving bowl. Add all the ingredients, except ginger ale, to the tea and stir gently. Allow the blend to sit in the refrigerator for several hours.

When you are ready to serve, pour ginger ale over the tea. Fill glasses with ice cubes and top with the tea blend.

Serves four. Having a larger crowd? Simply double or triple the recipe.

Here’s a teaser from one of Emma’s Regency books. 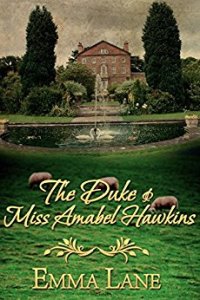 What happens when a strong heroine meets an arrogant, but handsome hero? Sparks fly. It’s a Regency Romance Romp!

Miss Amabel Hawkins acknowledges her unusual upbringing, but she thinks James Langley, the Duke of Westerton, might be a tad unbalanced when he protests her efforts to right his badly managed properties. The duke, who has been away on the king’s business, demonstrates no respect for the beautiful but managing Miss Hawkins. Amabel has taken refuge at Westerton, fleeing from a forced marriage to a man who claims to be her relative in order to gain control of her young brother’s estate.

The Duke arrives home to find his estate under the firm control of a beautiful but managing female. His suspicions are fueled by his recent task of spy-hunting and he wonders if Amabel Hawkins is just who she seems. While a dastardly spy lurks, a wicked man poses as her cousin threatening to take over the guardianship of her young brother. Amabel might be falling in love, but she knows for certain the duke would never approve of a meddlesome woman, and she decides to flee his estate. Will the duke finally realize the true value of the woman he loves or will his prejudice ruin his chances forever?

And a little from her cozy mystery. 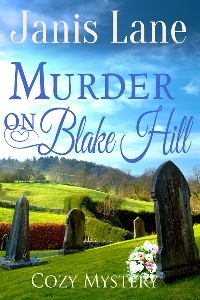 Detective Kevin Fowler is baffled by the wall of silence that greets him from the relatives of two septuagenarians whose bodies are discovered in a country cemetery called Blake Hill. Even more upsetting is the unusual rash of vandalism reported nightly by the citizens in his peaceful community. Have the teenagers declared an uprising? Night patrols reveal a totally unexpected and shocking situation. When a poignant secret is revealed, Beverly Hampton weeps over the sadness of a long ago tragedy, but soon wedding bells are heard for the home town princess and the popular detective. At the local diner the alluring fragrance of fresh-baked, cinnamon sticky buns continues to reign over the peaceful citizens of Hubbard, New York. 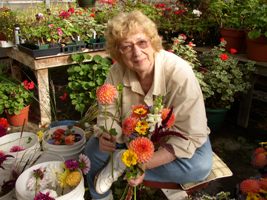 Emma Lane enjoys leaving her garden for a few hours to dip into the romance genre Regency era of history. Join her for a glimpse of a half selkie fairy as she teases a powerful duke and fights the curse of a lowly, evil warlock. Other Regency romances are available on Amazon and Wild Rose Press. As Janis Lane she writes a series of Cozy Mysteries for Soul Mate Publishing.

Look for information about writing and plants on her new website. Leave a comment or a gardening question and put a smile on Emma’s face.