In celebration of Sharon Ledwith’s birthday, all of her books are on tour, on sale, and ready for you to discover. Make sure to follow the tour and enter the giveaway for two signed books, open internationally!!
Tour Schedule: 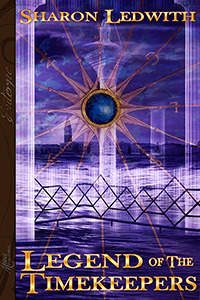 Legend of the Timekeepers (Book 0.5):
There is no moving forward without first going back.
Lilith was a young girl with dreams and a family before the final destruction of Atlantis shattered those dreams and tore her family apart. Now refugees, Lilith and her father make their home in the Black Land. This strange, new country has no place in Lilith’s heart until a beloved high priestess introduces Lilith to her life purpose—to be a Timekeeper and keep time safe.
Summoned through the seventh arch of Atlantis by the Children of the Law of One, Lilith and her newfound friends are sent into Atlantis’s past, and given a task that will ultimately test their courage and try their faith in each other. Can the Timekeepers stop the dark magus Belial before he changes the seers’ prophecy? If they fail, then their future and the earth’s fate will be altered forever.
Add to Your Shelf on Goodreads:
https://www.goodreads.com/book/show/21777537-legend-of-the-timekeepers 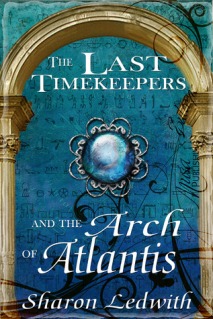 The Last Timekeepers and the Arch of Atlantis (Book 1):
Children are the keys to our future. And now, children are the only hope for our past.
When 13-year-old Amanda Sault and her annoying classmates are caught in a food fight at school, they’re given a choice: suspension or yard duty. The decision is a no-brainer. Their two-week crash course in landscaping leads to the discovery of a weathered stone arch in the overgrown back yard. The arch isn’t a forgotten lawn ornament but an ancient time portal from the lost continent of Atlantis.
Chosen by an Atlantean Magus to be Timekeepers–legendary time travelers sworn to keep history safe from the evil Belial–Amanda and her classmates are sent on an adventure of a lifetime. Can they find the young Robin Hood and his merry band of teens? If they don’t, then history itself may be turned upside down.
Add to Your Shelf on Goodreads:
https://www.goodreads.com/book/show/15781303-the-last-timekeepers-and-the-arch-of-atlantis

The Last Timekeepers and the Dark Secret (Book 2):
Only a true hero can shine the light in humanity’s darkest time.
Fourteen year-old Jordan Jensen always considered himself a team player on and off the field, until the second Timekeeper mission lands him in Amsterdam during World War Two. Pulled into the world of espionage, torture, and intolerance, Jordan and the rest of the Timekeepers have no choice but to do whatever they can to stay one step ahead of the Nazis in order to find and protect a mysterious book.
With the help of the Dutch Resistance, an eccentric baron, Nordic runes, and an ancient volume originating from Atlantis, Jordan must learn that it takes true teamwork, trust, and sacrifice to keep time safe from the evils of fascism. Can Jordan find the hero within to conquer the darkness surrounding the Timekeepers? If he doesn’t, then the terrible truth of what the Nazis did will never see the light of day.
Add to Your Shelf on Goodreads:
https://www.goodreads.com/book/show/31831121-the-last-timekeepers-and-the-dark-secret

“I wonder what else is down here.” Drake beamed his cell phone across the basement, hitting jars of jams, pickles, and relishes. His stomach growled.

Jordan pulled the cheese from his pocket and handed it to Drake. “Trade you for your phone.”

“Best. Trade. Ever.” Drake passed his phone to Jordan.

Jordan walked over and grabbed a jar of pickles off the dusty shelf. At least they wouldn’t arrive at the baron’s place hungry. He hoped his uncle had managed to stop Amanda’s bleeding. His hand tightened over the jar, the ridges of the lid cutting into his palm. A scrape from behind the shelves made Jordan jump.

“Hello?” he asked, pushing jars aside. He flashed the cell phone into the small, dark area.

“Who ya talking to, Jordan?” Drake asked with his mouth full of cheese.

“Shhh, Drake.” Jordan listened. Hearing nothing, he shrugged and turned back around.

“I thought I heard—” Jordan stopped and pointed the phone at Ravi. His jaw dropped. “A-Are you serious, Sharma?”

Drake spat out his cheese, snorting with laughter.

“Is there a problem?” Ravi asked, tying the bowtie of his tuxedo.

“You look like a penguin with attitude!” Drake slapped his knee.

“Say what you want, but I’m glad we didn’t hit the cleaners on the way to school now,” Ravi replied, pulling down his sleeves, “or else I wouldn’t have these dry clothes.”

Jordan chuckled. Suddenly, he heard a door creak open, followed by heavy footsteps squeaking down the stairs. Panicking, Jordan stuffed Drake’s phone in his track suit jacket’s pocket and waved Drake over by the shelves. Drake slipped behind Jordan just in time, before the small light bulb above the bottom of the stairs clicked on. Jordan swallowed hard. There, staring directly at Ravi was a portly man in a blood-stained apron. Tufts of blond hair sprouted from the sides of his balding head. His brown trousers were pulled up past his waist, making him resemble an evil garden gnome. In one of his hands, he held a huge butcher knife, its blade flecked with blood.

Wielding the knife, the man pointed at Ravi. “Who are you?” 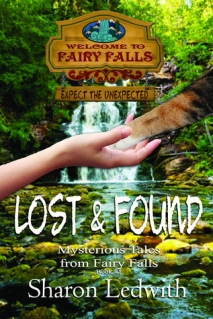 Lost and Found: Mysterious Tales from Fairy FallsThe Fairy Falls:
Fairy Falls was bores-ville from the get-go. Then the animals started talking…
Animal Shelter is in trouble. Money trouble. It’s up to an old calico cat named Whiskey—a shelter cat who has mastered the skill of observation—to find a new human pack leader so that their home will be saved. With the help of Nobel, the leader of the shelter dogs, the animals set out to use the ancient skill of telepathy to contact any human who bothers to listen to them. Unfortunately for fifteen-year-old Meagan Walsh, she hears them, loud and clear.
Forced to live with her Aunt Izzy in the safe and quiet town of Fairy Falls, Meagan is caught stealing and is sentenced to do community hours at the animal shelter where her aunt works. Realizing Meagan can hear her, Whiskey realizes that Meagan just might have the pack leader qualities necessary to save the animals. Avoiding Whiskey and the rest of shelter animals becomes impossible for Meagan, so she finally gives in and promises to help them. Meagan, along with her newfound friends, Reid Robertson and Natalie Knight, discover that someone in Fairy Falls is not only out to destroy the shelter, but the animals as well. Can Meagan convince her aunt and co-workers that the animals are in danger? If she fails, then all the animals’ voices will be silenced forever.
Add to Your Shelf on Goodreads:
https://www.goodreads.com/book/show/35017082-lost-and-found
Purchase Your Copy of Each eBook for the Sale Price at Mirror World Publishing:
https://mirror-world-publishing.myshopify.com/search?q=sharon+ledwith
Additional purchasing options listed below (but the books are not on sale on those platforms).
Meet the Author:
Escape to the past
and have a blast.