Fellow author Carol Browne joins my blog today to discuss the history and impact of recording our thoughts. 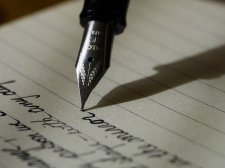 New year, new diary. This is still an annual ritual for many people in spite of new technology. For some things only pen and paper will do. As teenagers we tend to fill our diaries with complaints about the present and dreams of the future, a smorgasbord of teenage angst. As adults we use diaries as portable reminders of appointments and anniversaries; to-do lists designed to goad us into perpetual motion least we get to the end of another year with nothing to show for it.

But where did it all start? 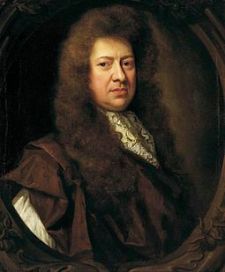 The most famous diarist and one of the earliest was Samuel Pepys (1633-1703). It was Pepys who made the format a personal account rather than a business record and the eleven volumes of his diary (I have actually read them all!) are a fascinating description of day-to-day life in Restoration England. Although he was an administrator at the Admiralty and regularly encountered the Merry Monarch himself, Charles II, and other worthies of the time, he also had a fairly mundane home life which provides a wonderful contrast to his onerous duties at the office. While great affairs of state occupied his working life, his activities at home often vacillated between comedy and pathos. He wrote for himself (in fact the diaries weren’t published until 1825) and so it is no surprise that he unburdened himself with endearing honesty. You can take issue with him on many counts, most notably his adulterous behaviour, but he was only human and, while he had his flaws, he was compassionate and caring too. He was a man who adored his wife and hated cruelty of any kind, a man who worried deeply about the health of his mother yet had no time alone to be able to weep for her in peace. And let’s not even get started on the cystitis! Poor Pepys was a martyr to it.

Pepys lived at a time of great upheaval and transformation and we are so lucky that he thought to put his observations down on paper. We know about the Great Plague that ravaged the country but reading first-hand how Pepys walked to his office through eerily deserted streets makes it more real to us. Here is a man who knows how to buckle up. The Black Death may very well stalk old London town but staying at home won’t get that in-tray emptied! His descriptions of the Great Fire are also more riveting as a day-to-day account than they would be in any other narrative form. (Surely everyone knows about the very expensive Parmesan cheese he buried in the garden for safe keeping!)

When I wrote my novella Reality Check I knew that a diary format would be the best way to tell the story. The novella traditionally avoids chapter divisions, changes in POV and sub-plots and focuses on the personal development of the main character and a diary is a very personal thing—and for that perhaps we can say a big thank you to Samuel Pepys, the most famous diarist of them all!

Here’s a brief intro to my latest release. I hope you like it.

WYRD’S END, Book III in The Elwardain Chronicles series written by gifted epic fantasy author Carol Browne, is now live! The books in this trilogy are packed with action and adventure. Be sure to get your copies today! 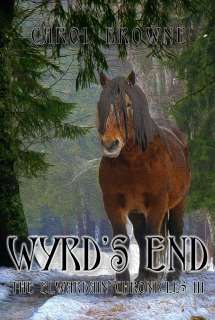 Determined to spare Godwin the violent death shown to her in dreams, Elgiva uses the portal to cross over into his dimension.

Meanwhile, members of Godwin’s tribe seek sanctuary at the settlement. What has caused them to flee for their lives?

Disguises must be lifted and secrets revealed and wyrd will unfold as it should.

But time is running out…

For it is winter and the darkness is coming;

A darkness with teeth and claws. 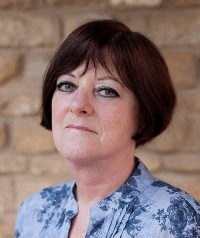 Born in Stafford in the UK, Carol Browne was raised in Crewe, Cheshire, which she thinks of as her home town. Interested in reading and writing at an early age, Carol pursued her passions at Nottingham University and was awarded an honours degree in English Language and Literature. Now living and working in the Cambridgeshire countryside, Carol usually writes fiction but has also taken a plunge into non-fiction with Being Krystyna. This story of a Holocaust survivor has been well received.